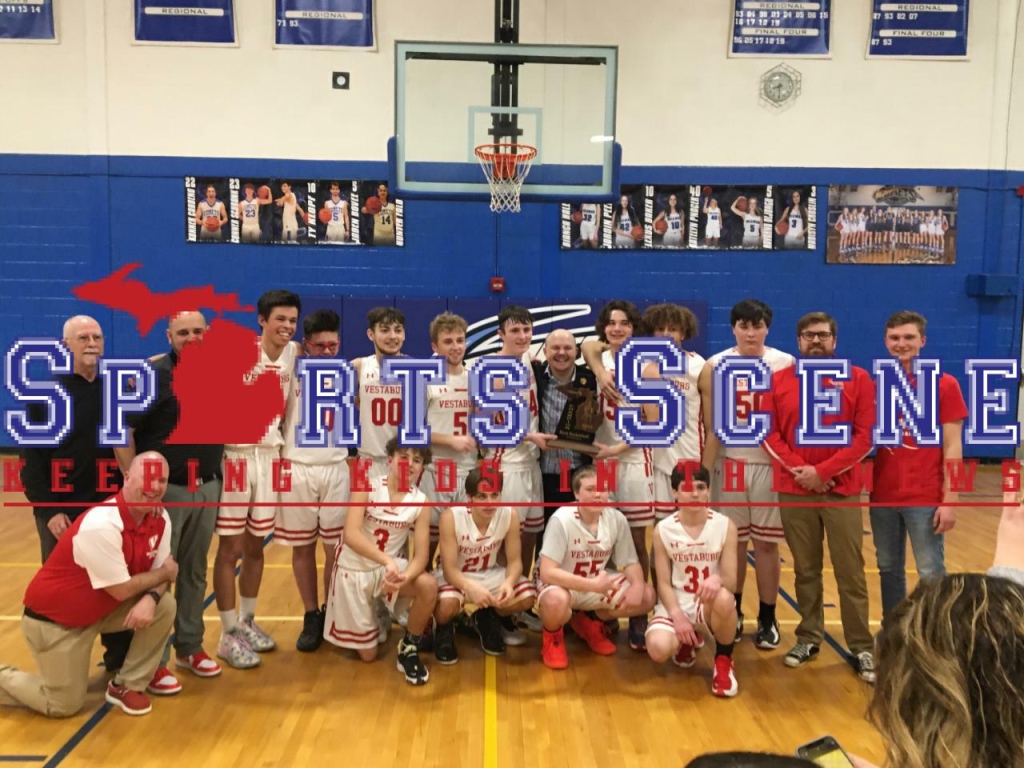 John Raffel
Sports Scene
Vestaburg boys basketball team is celebrating its first district title in 20 years.
The Wolverines were 11-9 during the regular season but won a dramatic 50-48 double overtime first-round victory over Midland Calvary Baptist. Next was a 41-31 semifinal win over Breckenridge and then 40-22 in the title game over Sacred Heart.
Coach Ty Warczinsky could not have been prouder of the Wolverines.
“The kids played with a will that would be not denied,” he said. “We executed the game plan perfectly. Our focus and attention to detail was at an all-time high. We competed for 32 minutes at a high level.”
For the Wolverines, Hayden Palmer had 11 points, six rebounds and four steals, Cole Dailey had seven points and five assists, Levi Halliwill had six points and six rebounds.
“We have only had our full team for nine games,” Warczinsky said. “It’s why we have been a little inconsistent. We have had unbelievable leadership by our four senior captains, Levi, Cole, Hayden and Jaylin Maddox. The boys have worked so hard through the good times and bad.
“They have really bought into what I have been selling and have come to work every day. This is a special group of young men that have been willing to be coached and pushed hard. I am so happy for this group and what they have been able to accomplish. It all starts with the work and the relationships that have been built. This is a special community and I couldn’t be more happy to be a part of it.”