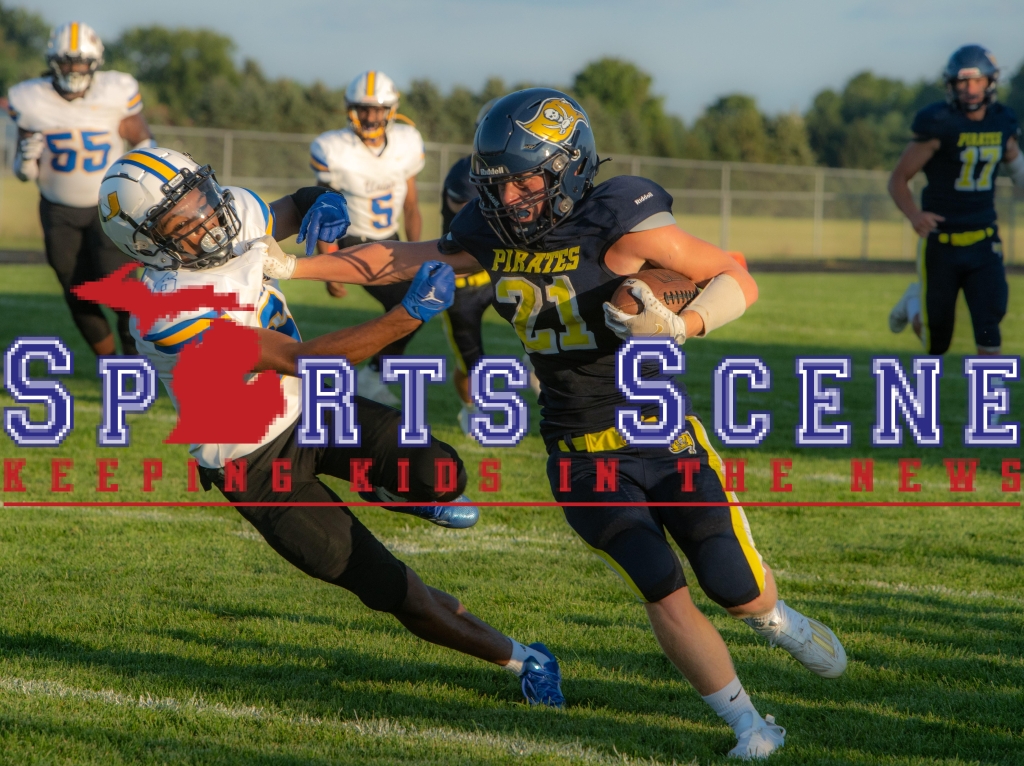 BUTCH HARMON
Sports Scene
It’s Labor Day weekend and week two of the high school football season and plenty of exciting action in on the schedule for Thursday and Friday. Here is a look at some of the matchups that stand out for area football fans in the greater Mid-Michigan area and beyond.
THURSDAY
Portland (1-0) at DeWitt (1-0): Last year Portland stunned DeWitt 21-14 in a thriller in Portland. Both teams opened the season with impressive wins last week setting up what should be the marquee matchup of the weekend in DeWitt.
Muskegon Mona Shore (1-0) at Rockford (1-0): Both perennial state heavyweights are coming off impressive opening week wins with Rockford defeating East Grand Rapids 48-7 and Mona Shores defeating Manitowoc (Wis.) Lincoln 48-20.
Montrose (1-0) at Durand (1-0): It’s an early-season showdown in the Mid-Michigan Activities Conference as both teams are coming off big opening-night wins.
Standish-Sterling (1-0) at Ithaca (1-0): Like points? If so, Ithaca will be the place to be Friday night as both teams scored exactly 60 points in their season openers.
Lansing Sexton (1-0) at Lansing Waverly (1-0): Waverly is 1-0 for the first time since 2006 after stunning Lansing Catholic last week. Sexton is 1-0 for the first time since 2017.
Birch Run (1-0) at Bay City John Glenn (1-0): The winner of this game will emerge as a contender in the Tri-Valley Central after each opened the season with strong performances.
Charlotte (1-0) at Owosso (1-0): Charlotte is coming off a solid win against a solid Olivet team in week one while Owosso scored 42 points against Wyoming Kelloggsville in its opener.
Williamston (1-0) at Lansing Catholic (0-1): A huge momentum game for these two teams before opening conference play next week.
Laingsburg (0-1) at Pewamo-Westphalia (0-1): CMAC action kicks off in a big way as these league powers tee it up.
FRIDAY
Midland (1-0) at Mt. Pleasant (1-0): Two tradition rivals get after it in the first league game of the season. This is one of the highlight games of the week.
Detroit Catholic Central (0-1) at Davison (1-0): Davison toppled D1 power Clarkston last week. Can they take down the tradition Detroit Catholic League powerhouse this week?
Lapeer (1-0) at Traverse City Central (1-0): The addition of the Traverse City schools makes the Saginaw Valley North as strong as any league in the state.
Muskegon (1-0) at Warren De La Salle (1-0): Worth the trip to Warren to see two of the state’s best collide. Some polls have De La Salle ranked No. 1 in the entire state.