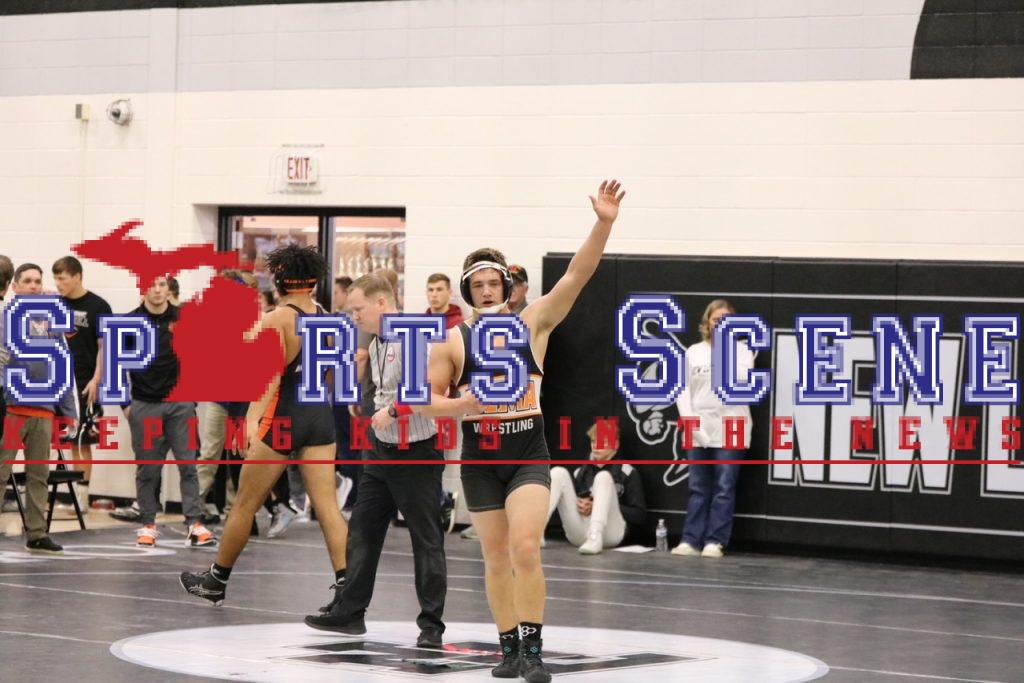 Since walking off the mats at the conclusion of last year’s Division 3
team semifinals loss to Whitehall, the Alma wrestling team has been on a mission.
That mission has always been to reach the Division 3 state
championship match. Alma appeared poised to achieve that mission last year before the loss
of three key starters due to testing positive for the Covid-19 virus prior to the semifinal match. Down three starters, the Panthers dropped a tight 37-29 decision.
This year, with 10 seniors leading the way, Alma is determined not to let anything keep them from their goal of wrestling in the final Division 3 match of the season.
“We can do some damage,” said Alma coach Randy Miniard. “The kids are primed and ready to go. Last year with the Covid we left the finals feeling like something was missing.
We knew that we should’ve been wrestling in the state final match.” Fueled by that disappointment, the Panthers have been wrestling like a team on a mission this season.
Alma is ranked third in the state and has faced some of the top teams in the state during the regular season in preparation of another run at the state title.
Alma overcame a big hurdle in the regional tournament it hosted when it defeated 10th-ranked Portland 51-20 in the regional title match in front of a packed and frenzied crowd in Alma.
“We came out and wrestled hard,” Miniard said. “The gym was packed and there was an electrifying atmosphere all night. The people were going crazy. Our two freshmen, Buddy Leonard and Fabian Facundo got us off to a strong start and we went from there.”
For Alma the regional title was the fifth in a row for a team that has developed into the premier wrestling program in mid-Michigan.
“Five in a row feels good,” Miniard said. “We have 10 seniors on the team and that makes it easy as a coach. They know our staff and how we do things. They are a bunch of gamers. This is my best team experience-wise just because of the 10 seniors. It’s a long way from when
I started here when we had just eight guys come out for my first team and I had to walk the halls finding bodies to fill out a lineup.”
The 10 seniors leading the way for Alma this year include Caden Adams, Josiah Baltierra, Landon Bethka, Breden Everdeen, Adam Garcia, Jaden Morrow, Isaiah Mullins, Jacob Munger, Jordan Pannill and Harrison Seeley.