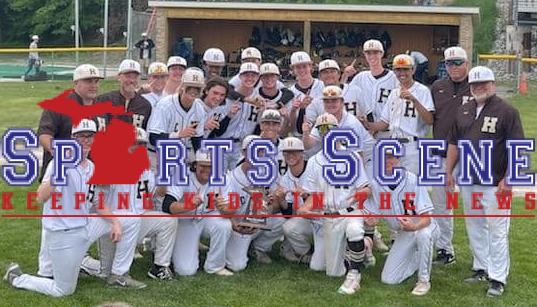 @GRAND LEDGE
Championship game score: Holt 4, Grand Ledge 3
The Holt Rams came from behind to defeat Grand Ledge in the district championship game and earn the district title. Trailing 3-1in the sixth inning, Matthew Barger hit a two-run home run to tie the game for Holt. Later in the inning Eddie McDonald Jr. singled to drive in Logan Wilder with the go-ahead run. Holt pitcher Jacob Walter closed the door on the mound giving the Rams the 4-3 win and the district title. Holt reached the finals by defeating DeWitt 4-0 in the semifinals. Ayden VanEnkevort led the way for the Rams as he pitched six and two-thirds inning of shutout ball and also went two-for-four with an RBI at the plate.