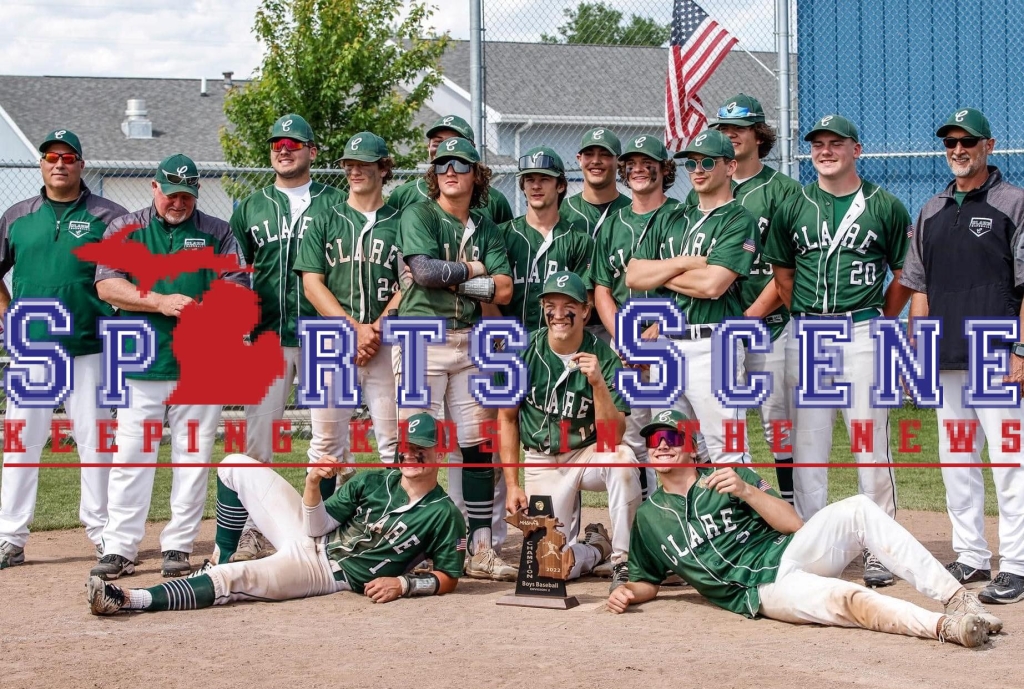 @GLADWIN
Championship game score: Clare 3, Ludington 2
Clare was able to win the close ones and that ability to win close games helped the Pioneers win the Division 2 district title at Gladwin.
Clare opened district play with a thrilling 1-0 win in eight innings against Big Rapids in the pre-district game. Ryan Louch came in to score the game-winning run on a wild pitch in the top of the eighth inning while Clare’s pitching and defense held Big Rapids in check the entire game.
Clare defeated Gladwin 7-3 in the regional semifinal game before edging Ludington 3-2 in the title game. A sacrifice fly by Al Warner provided the game-winning run.
With the win, Clare heads to the Gladwin regional where it will play Bay City John Glenn in the regional semifinal on Wednesday.